History of the Land

If we are going to discuss the area of Taiamai (Ty-ah-my) and its place in New Zealand’s history, let’s start back at the beginning.

The oldest rocks in New Zealand date back 510 million years ago, to what is referred to as the Cambrian period.  NZ was once part of a large continent called Gondwana land and Australia was once connected, until we saw the light and shook them off!

NZ and Australia detached from Gondwana around 95 million years ago, and soon after both countries began separating, which took 30 million years to do!

There was a party! volcanoes going off, hot lava into the sea, crazy country wide saunas were held by the inhabitants who were at this stage still few and far between.  At about 40 million years ago someone recut the jigsaw puzzle, and NZ found itself sitting where the Australian and Pacific plates now met. Northland appeared about 23 million years ago.

In the last 1.8 million years, huge changes have created the landscape we see today. The Southern Alps have risen thousands of metres, and volcanoes have violently erupted. During the ice ages, glaciers moved rock and carved out lake basins and valleys.

Today NZ is still a busy place, and is considered a young country with earthquakes, active volcanoes and thermal fields, one which lies very close at Ngawha (Naa-faa), 5km away from iRoam, where there are hot thermal pools that bubble out of the ground – http://www.ngawhasprings.co.nz

New Zealand was in fact the last habitable place in the world to be discovered by humans. 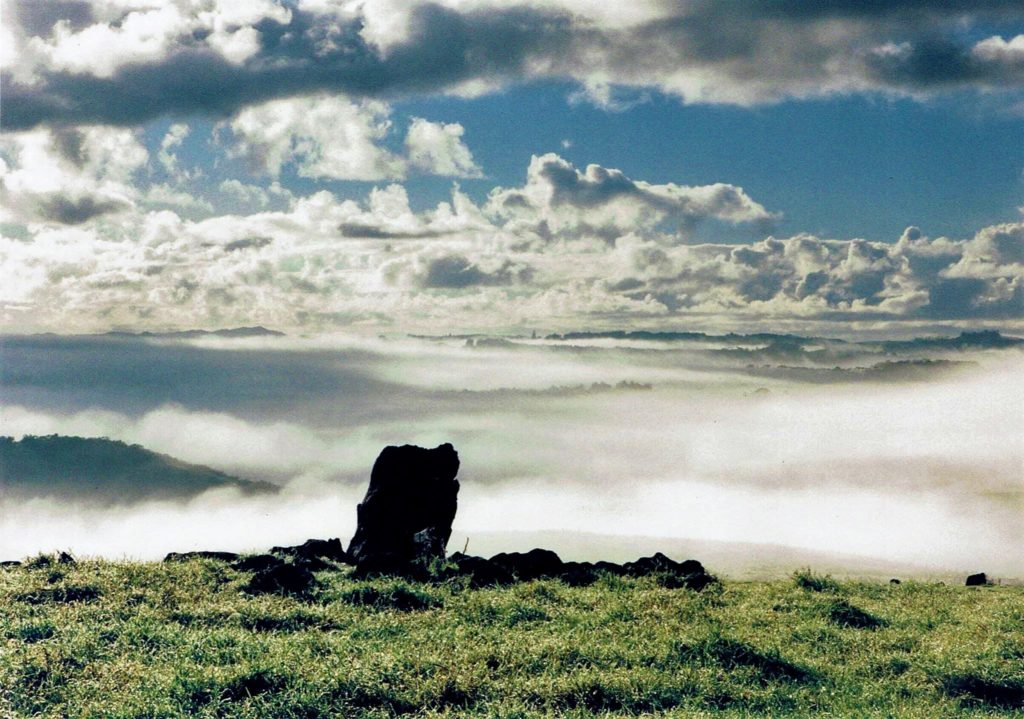 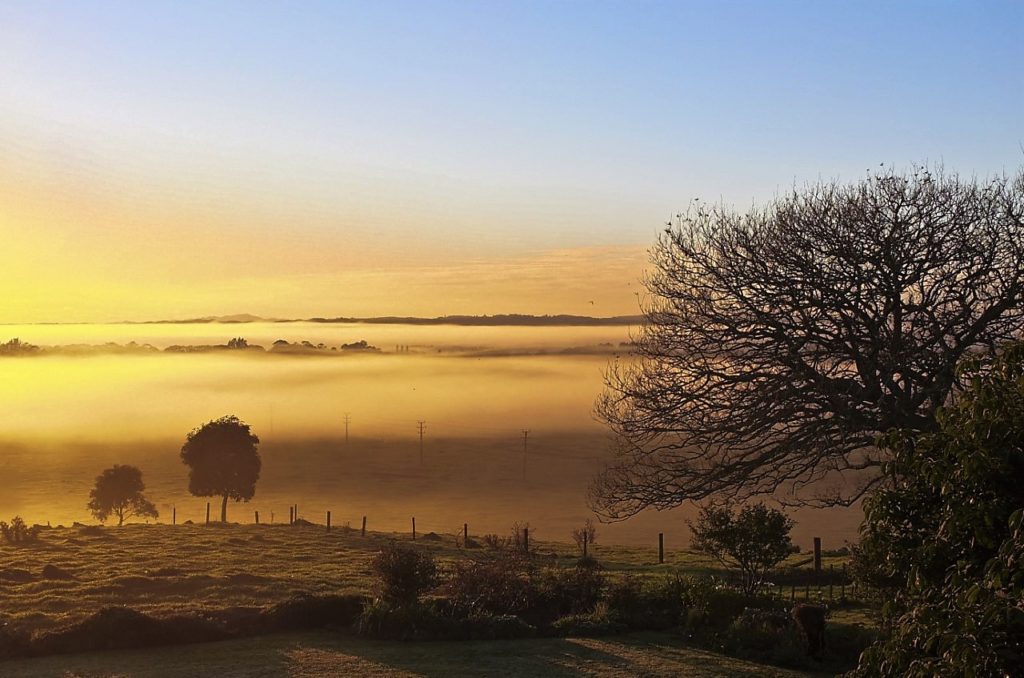 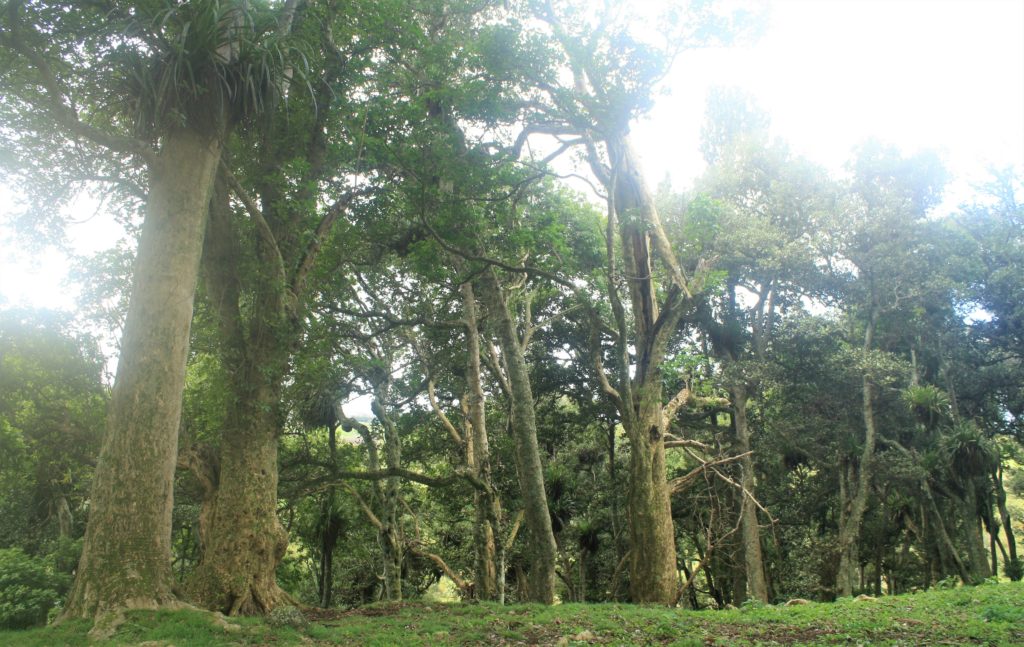 New Zealand was a unique country as it had no mammals before it was first settled by the Maori, 1200 to 700 years ago.  When the first Maori settlers moved inland from Paihia, they discovered a place where the soils were rich, free draining, the rainfall plentiful, and the climate mild.  The landscape accommodated to their war-like nature with many small hills and cones where they could build their defensive Pa’s (fortified village).

This place was named Taiamai.  The name translates to: ‘from beyond the sea’ and refers to a large rock located close to the Taiamai township.

The Taiamai area was heavily populated, with an estimated 10,000 souls living there, attracted by the soil suited to the cultivation of the kumara or sweet potato.

As the Maori settled in Taiamai they quickly realised its value as a food source, and therefore their vulnerability to conquest by other tribes. This resulted in the building of many fortified Pa’s.  From the farm you can see the forts of: Pouerua, Te Rua Hoanga, Te Tou o Roro, Taka-poruruku, Tapa-huarau, and Maunga-turoto.

Taiamai is a significant area in regard to New Zealand’s history. At the time of Captains Cook first visit to New Zealand in 1769, the Maori population was estimated to be around 100,000.  About 10% of Maori were living in this little food bowl 10km inland from Paihia.

Taiamai is now an area of joy and success, yet was once an area of invasion and war. In the 18th century tribes brutally fought over this area, then in the mid 1800’s maori and colonists fought in the Northern wars, including the now famous ‘Battle of Ohaeawai’ located close to iRoam’s operations.

There was great sadness as Maori saw their population decimated to the point where extinction was discussed in the late 19th century. In 1840 there was 1 European colonist to every 40 Maori, but by the 1860’s colonists outnumbered Maoris (in 1896 the Maori population was about 42000, non-maori population by the time was just under 800,000).

Come along and listen to the Maori guides, who will take you over pieces of this land. Stand on the Te Ru,a-hoanga Pa and discuss the stories, the injustice, the successes that it is to be a Maori in New Zealand, in Taiamai.

The Maori Story of Creationism

Rangi is the sky, the father of all things; Papa is the earth, the mother of all things. In the beginning there was darkness, and these two, the earth and the sky, lay together. They had many children, who lay between them. It was dark for many ages; there was as yet no world with its bright light.

Then their children began to wonder what kind of thing the light could be. They wearied of the narrow space to which they were confined, and wished to separate their parents, so that there could be light. Then they came together to decide whether it would be better to kill their parents or to tear them apart. The fiercest of the children of Rangi and Papa is Tu, the god of war. It was Tu who spoke first, and he said, ‘Let us kill our parents!’

Then Tane, the god and father of forests and of all things that live in them, or that are made from trees, said, ‘No, we will not kill them. It is better to drag them apart, and let the sky be far above us, and the earth lie beneath our feet. In this way the sky will become a stranger to us, but the earth will stay close to us as a mother.’

All the brothers agreed to this except for Tawhiri, the father of winds and storms; and he, being afraid that his kingdom was about to be overthrown, was angry at the thought of the separation of his parents.

Then at last Tane, the god and father of forests, slowly stood up, and he struggled with his parents; but he could not part them with his hands. So for a moment he stopped, and he placed his head on his mother the earth, and rested his feet against his father the sky. He strained his back in a mighty effort, and he tore apart his parents; they shrieked and groaned as they cried out, ‘Why are you parting us thus? Why do you commit such a terrible crime as to tear your parents apart?’ But Tane did not stop, he did not listen to them; far, far beneath him he pressed the earth; far, far above him he thrust the sky. It is because of this that there is the saying in the ancient prayers, ‘It was the fierce thrusting of Tane which tore the sky from the earth, so that they were dragged apart, and darkness became known, and so did the light’.

As soon as the sky was torn from the earth there was light in the world, and crowds of human beings were discovered who were the children of Rangi and Papa, and who had been hidden until now between the bodies of their parents.

Then Tawhiri, the god and father of hurricanes and storms, was angry with his brothers, because against his wishes they had torn apart Rangi and Papa, and he was afraid that the world would now be too pleasant and beautiful. Because of this he followed his father Rangi to the sky above; and from there he sends the earth mighty winds, dense clouds, dark thick clouds, fiery red clouds, clouds of thunder storms, and clouds swiftly flying. In the midst of these, Tawhiri himself sweeps wildly on, and makes war against the creatures that live on the earth.

But in spite of the evil rage of Tawhiri, the human beings who had been hidden between Rangi and Papa increased in number now, and flourished upon the earth; and it is from these first men that we are all descended. And through all this time the vast sky has not ceased to mourn the loss of his wife the earth. Often in the long nights he weeps, and drops upon her breast those tears which men call dew. And often the loving sighs of Papa go up towards the sky; and when men see these, they call them mists. 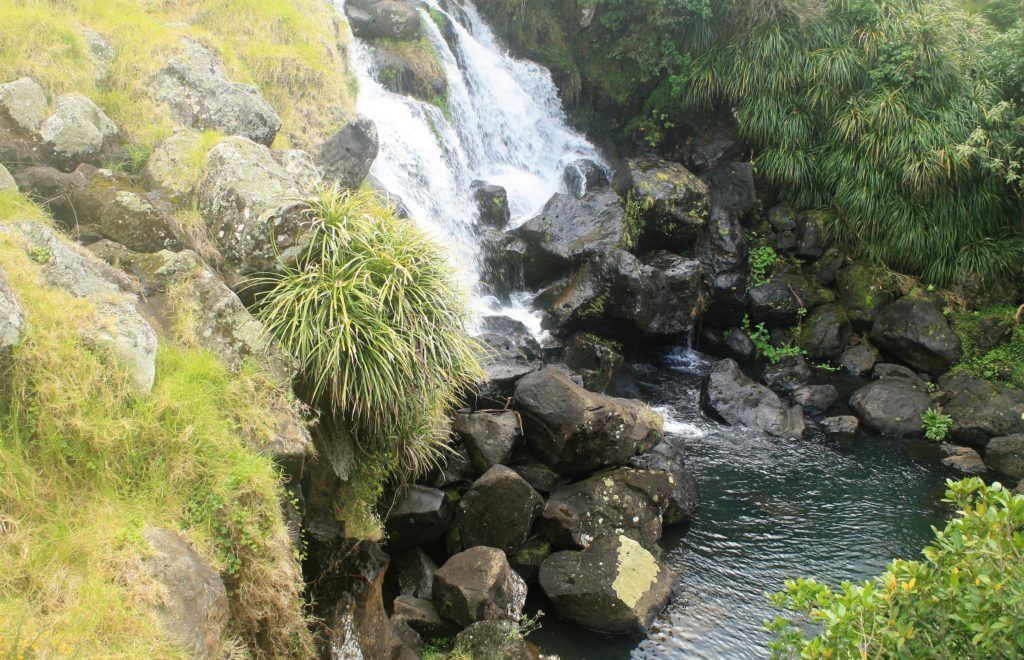 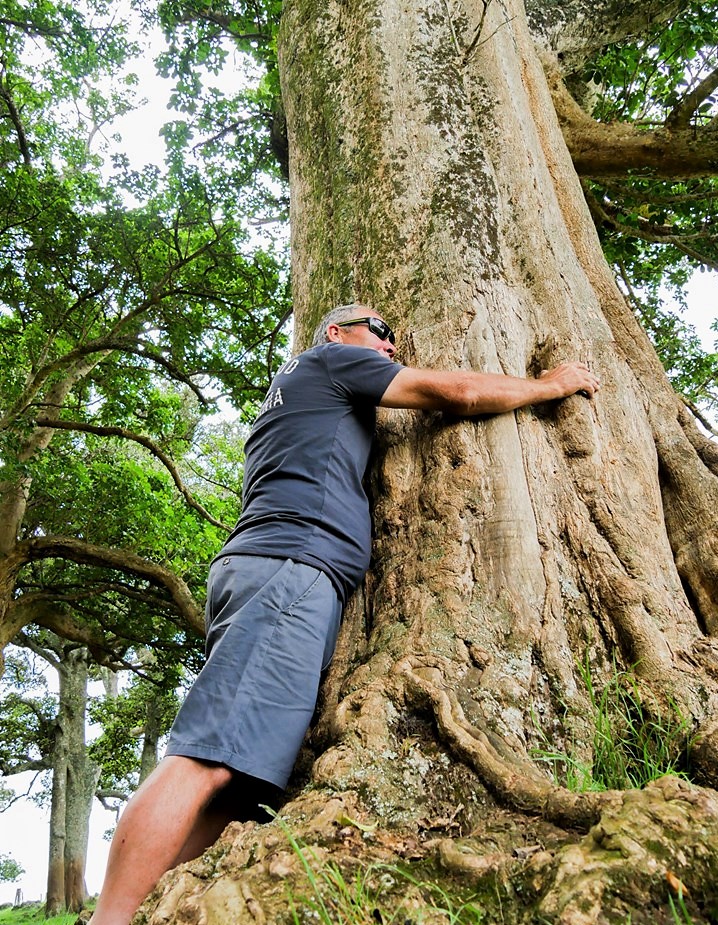 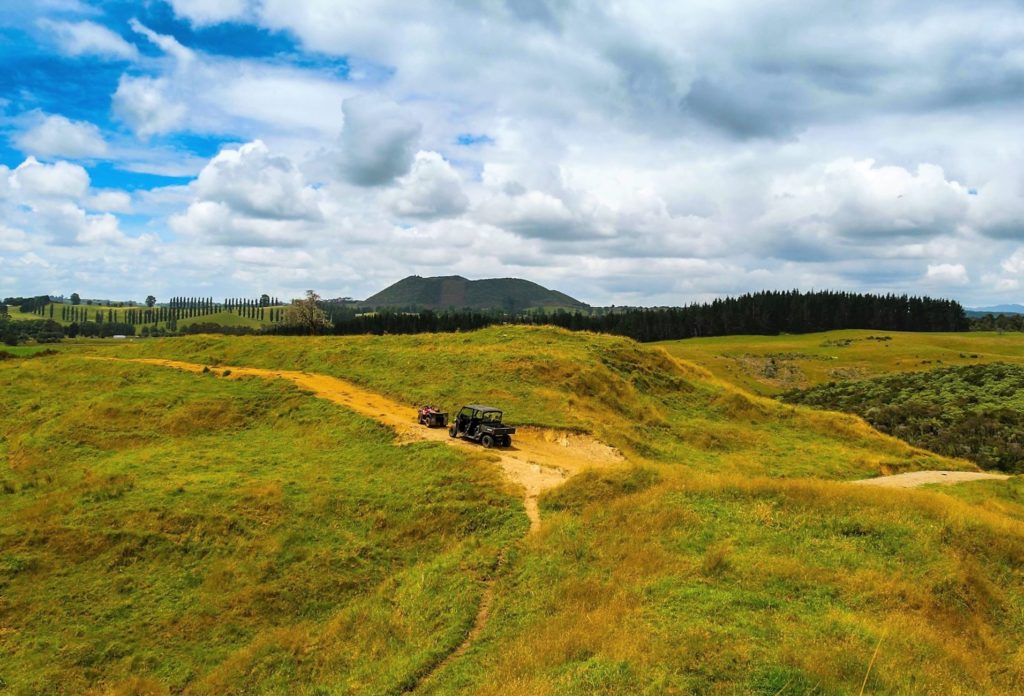 Colonial Connection to the Land 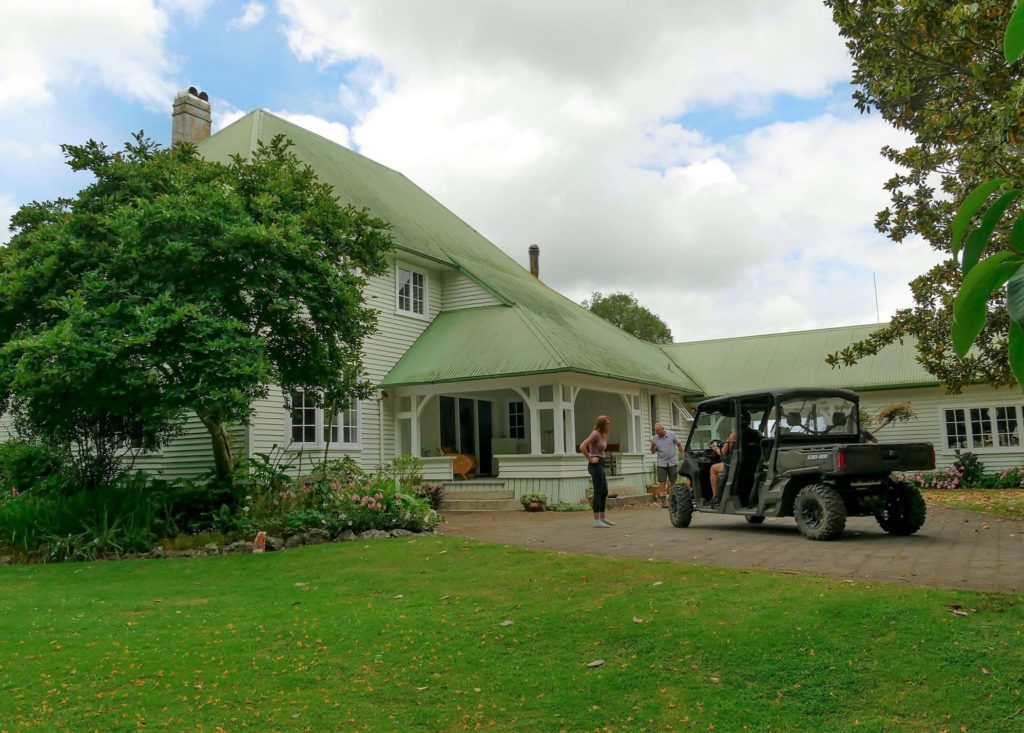 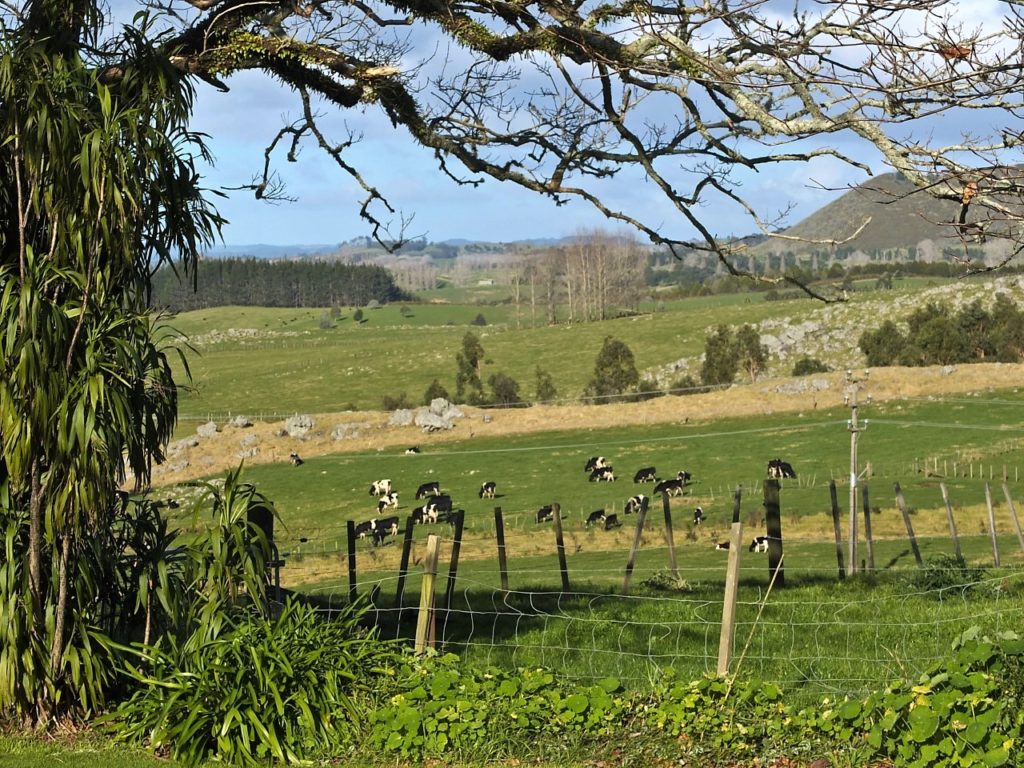 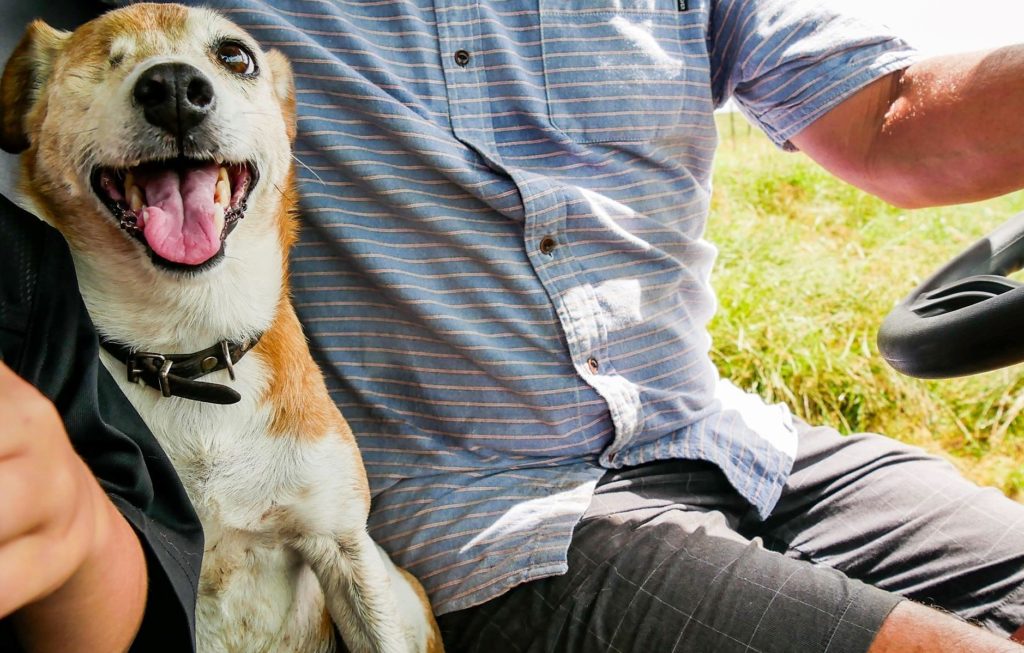 New Zealand was first discovered by Europeans in 1642 by the explorer Able Tasman. It was 127 years later before New Zealand was visited again by Capt. James Cook in 1769. In 1793, whaling and sealing vessels, learning from Cook’s maps, began to visit the Bay of Islands.

Rev. Henry Williams was a warrior, born 1792 he entered the Royal Navy at 14 yrs old, fought in the Napoleonic Wars in 1812 and during the American blockade in 1815, staring as a midshipman he achieved the rank of Lieutenant, was wounded and retired.  These experiences influenced his decision to head the Church Missionary Society in New Zealand, arriving with his wife Marianne, they had 11 children 8 of whom were born in New Zealand.

The farm is called Tupe Tupe after a large waterfall on the Peha Peka stream running through the farm. The management focus on Tupe Tupe has been how to farm profitably but also environmentally and sustainably. Tupe Tupe is over 1000 acres, and runs around 1100 head of cattle.  In 1832-34 Henry purchased land which includes the Tupe Tupe farm (where iRoam is located), in the area known as Taiamai.

In 1858 Henry Williams daughter Caroline married Samuel Ludbrook, and in 1860 they purchased more of Tupe Tupe off her brother John Williams.

IRoam CEO Roger Ludbrook has an incredible connection to the colonial history of Taiamai, as well as family connections to Henry Williams. His children; Alexandra, Henry and Fin can trace their whakapapa (family history) in New Zealand back to their great-great-great-great grandfather, Rev. Henry Williams. Roger was raised in the area and came back to Taiamai in 1994 having finished a Masters in Bio-Technology. Taking over the farm in 1995 he met his wife Carol in 1998 and married in 2004.

Come and experience a tour on one of New Zealand’s oldest farms still held by the original family. See modern farming methods being applied to protect and sustain the land and the environment. See the cross-over between Maori and colonial histories and experience the resulting unique culture that this has created.